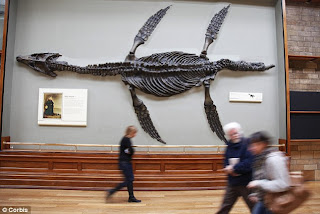 What is a mystery?
A mystery is generally something strange or unexplained. It can be something we don’t understand, something simple like where are my shoes in the morning, or where did my sister go, or what happened to the remote for the tv? But I want to talk to you about mysteries that are a lot more interesting than the things around your house or that you see- or don’t see- every day. I want to talk to you about the mysteries of our natural world and the mysteries of history, things like the Loch Ness Monster, Bigfoot, and the Abominable Snowman.  In many cases these mysteries take the form of fantastic animals like sea serpents, unicorns or dragons. They are mysteries because they are things people have heard about, and written about, and in some cases seen but for which we have no absolute proof they exist or do not exist.

You’ve heard of the Loch Ness Monster (Nessie), Bigfoot (the Sasquatch) and the Abominable Snowman (the Yeti) but no one has ever caught one, have they? And there are none in any zoo that you go and visit, are there? So we are undecided about them. They are unsolved mysteries. Even Science cannot decide 100% one way or another about them. Scientists usually say they don’t exist unless you can prove it. I say they do exist because you can’t prove to me they don’t exist. So these mysteries are what I’ll call natural mysteries or mysteries of the natural world because they are mysteries that exist in nature. And in many cases they are said to exist in places you can visit and explore yourself. 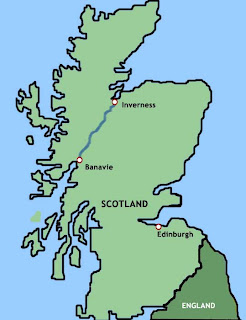 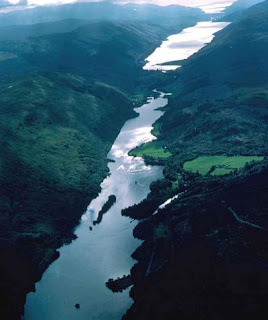 The Loch Ness Monster lives in Scotland. My family comes from Scotland though not from Loch Ness. Loch Ness is Scotland’s biggest lake. Loch in the traditional language of Scotland, Gaelic, means lake. Loch Ness or Lake Ness forms part of the Caledonian Canal system which divides the lowlands, or flat farmlands of Scotland’s south from the mountainous highlands of Scotland’s north. In the south most people speak English “English” nowadays. But in the far north you can still find highland communities where the people speak only ancient Gaelic. And the most famous highlander from Scotland is Nessie, which is the user-friendly name for the Loch Ness Monster. 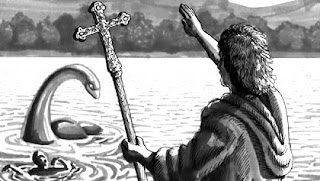 The story of Nessie goes back hundreds of years, and that’s one thing that makes the mystery so special. It has a documented, or written, history. The first story of some strange creature in the loch is told by a Scottish monk, Saint Columba, who in the year 565 (1500 years ago!) is said to have saved a local villager from being eaten by something he called a “water-monster” that came out of the loch. Scotland is a romantic country full of fairy tales, legends, ghost stories and poetry. The most famous legend is about the water-horse (or “kelpie” in Gaelic) which is Nessie. The large creature people said they saw in the loch was described as being like a horse swimming in the water, hence the term water-horse. Near Loch Ness and the town of Inverness you can still see stone carvings of the water kelpie on them. So there must be something to all this, right? 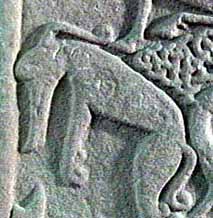 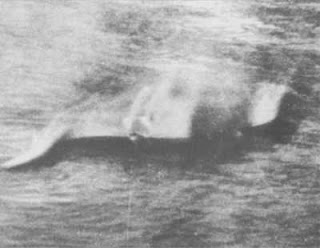 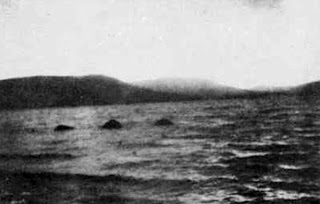 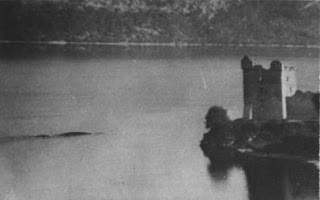 The most famous of these photos is called The Surgeon’s Photograph, and this is the classic image of the Loch Ness Monster that most people know. Doesn’t it look like a waterhorse? But what is it really? The London surgeon who took the photo, Doctor Kenneth Wilson, said he saw a creature in the lake and took several photos. But only when he had his film developed afterwards did he see that he had taken a fantastic photograph of the mysterious beast said to live in the loch. Many people believed that the mystery had finally been solved, and that a fantastic water-horse really did live in the lake. 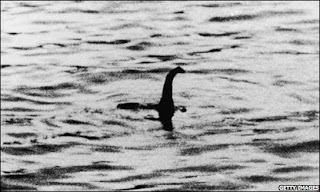 Sad to say just a few years ago we learned that this photograph in particular was a fake and was part of a hoax set up by the big-game hunter “Duke” Wetherell who had come to the loch to catch the animal one summer and had quickly grown tired of hunting for it. So he built a model of a water-horse and mounted it on a battery-powered toy submarine. Then he took photos of it as it moved through the water and had Doctor Wilson taken the film in for developing. After all who was going to doubt the word of a respected London surgeon after all? Another trick Duke Wetherell set up were footprints of Nessie using an ash-try formed from a hippopotamus foot. This trick was confirmed later when someone saw the ash-try in Duke’s house one day. 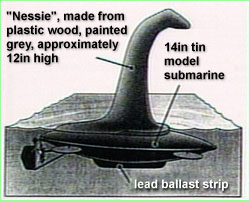 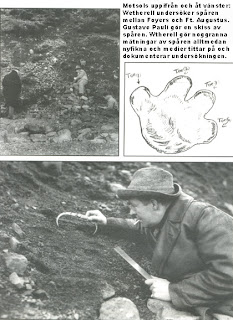 Since the 1930s there have been many sightings of Nessies and quite a few more “bad” photographs. None of them really prove or disprove the existence of a creature in the lake. The scientific community, of course, was happy to say it was all a hoax and nothing existed there. But then came the famous Tim Dinsdale film in 1960, the next great development in the story of the Loch Ness Monster.

In 1960 young Tim Dinsdale came to the loch determined to solve the mystery. Now  remember the loch is a big place and impossible to look at all at once. But there are a few hotspots where Nessie has been seen more than at other spots. And as luck would have it the very first summer Dinsdale was at the loch he managed to film an incredible sighting. The film was examined by military experts and they confirmed that it shows an animate object (in other words, an unknown animal) swimming away from and then across from Dinsdale’s camera. For comparison Dinsdale later filmed a small motorboat following the same route as his earlier film and at the same distance. The two films could not be more different. So what did Dinsdale film that summer day in 1960? I think it’s Nessie. The scientists of course think it’s some other boat or something man-made. What do you think?

But what could Nessie be if it is some sort of aquatic animal? The classic interpretation is that he or she is a sea monster, a type of dinosaur like a plesiosaur that did not go extinct like all the other dinosaurs did millions of years ago. Fossils of plesiosaurs have been found on the coast of Great Britain. But as cool as that sounds, could that really be true? I wish it were. But maybe the Loch Ness Monster is something else? Something equally fantastic too. Could it be a giant fish like a sturgeon or an eel? Or it it just a big otter? A swimming deer? Or a hippopotamus that escaped from a traveling zoo?

Dinsdale and others formed a group called the Loch Ness Investigation Bureau and set up camera stations around the loch. For a number of years they watched, and watched, and watched the loch. They took some more bad photos and some even worse little films, but nothing any better than Dinsdale’s original 1960 film was produced.

Finally in the mid 1970s science finally caught “Saturday Night Nessie Fever”. Two top scientists from Cambridge (MA), Robert Rines and Doc Edgarton, arrived at Loch Ness with the idea that it might be easier to photograph Nessie underwater than above water. After all he or she was an elusive animal, rarely seen, and which obviously spent most of its time underwater. Near famous Urquhart Castle they hung some underwater cameras design by Hines coupled with a strobe light mechanism designed by Edgarton to catch photos of Nessie. Here are the photos they managed to take, known as the Flipper and Gargoyle photos. 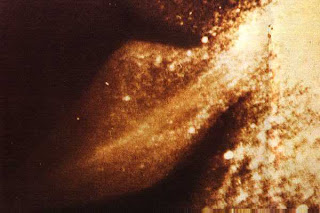 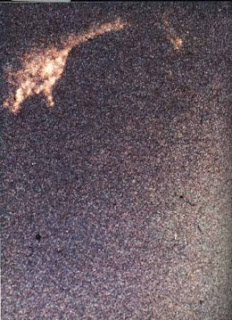 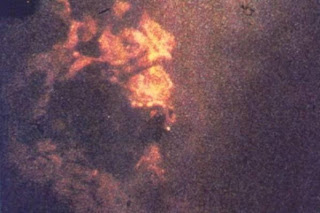 The story of Nessie seemed to reach its peak around 1980. The Rines-Edgarton photographs caused a sensation. I myself remember seeing them presented to the public for the first time at a museum in Toronto (Canada) where I grew up. I was amazed. Everyone was. And I became a huge Nessie fan after that. I had visited Scotland many times before and had visited the loch with my parents and grandparents. I never saw Nessie but I still believed something was there, something big and mysterious and wonderful. I even remember filming a an ice-cream dessert called Nessie at a local restaurant and how the film didn’t play when I showed it to my school friends in Toronto later, and how I was chased from the school by those same friends who thought they’d been duped. 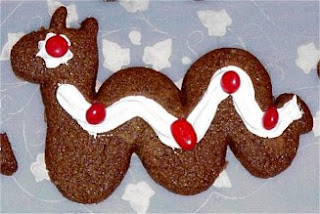 But since the 1980s we haven’t heard much about Nessie. There have been a couple of interesting Hollywood movies about the Loch Ness Monster though, and some historical documentaries, but no real scientific developments since then. We all thought the next step would be capturing one of these creatures and turning the loch into a protected reserve for her and her family. Peter Scott, son of the tragic Antarctic explorer, Robert Falcon Scott, started WWF (the World Wildlife Fund), even gave Nessie a scientific name, Nessiteras rhombopteryx (the diamond-finned wonder of Loch Ness…remember the flipper picture) as if she were finally a proven animal species (show painting of plesiosaur). But not much has been seen of Nessie recently, and Robert Rines, before he died, actually wrote that he thought all the Nessies had finally died out and gone extinct. That was why there were never very many to see anyway at any time. They were on the verge of extinction and finally disappeared in the 1980s. Isn’t that sad? But is it true? That’s the mystery that remains, maybe for you to solve. 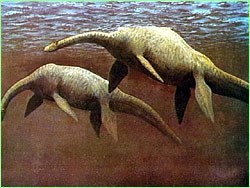 In my next blog I’d like to introduce you to some other mysterious creatures…Bigfoot, the Abominable Snowman, and the Mapinguari from the Amazon Rainforest. Do you believe in these mysteries?