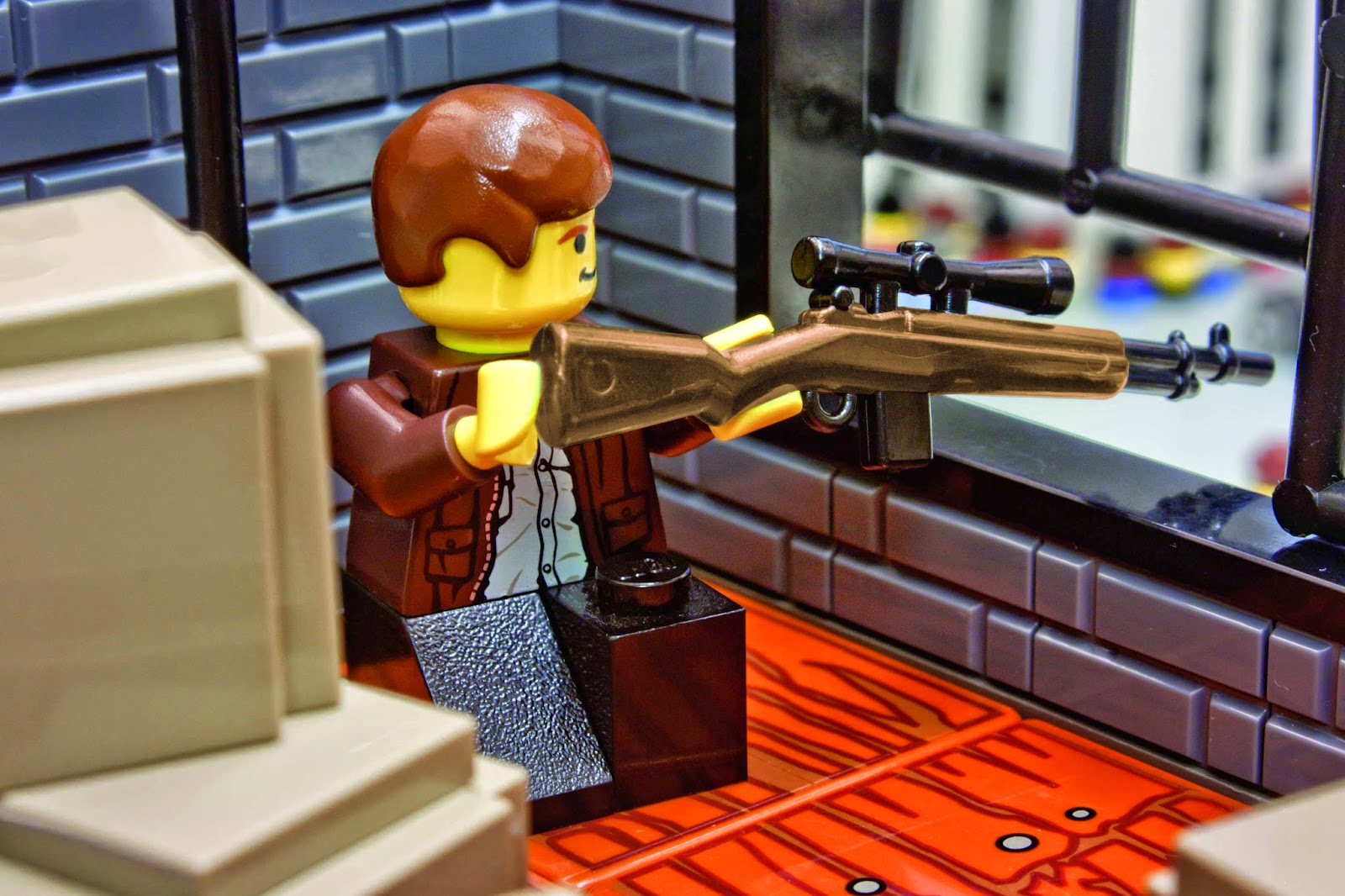 Lee Harvey Oswald, the supposed “lone shooter” of President John F Kennedy on November 22, 1963 in Dallas, Texas claimed to be a “patsy” after he was arrested. Was he involved in some way, big or small, in a conspiracy to kill JFK? Was he a loner in search of infamy? Or was he truly ignorant of a plot to kill the president and innocent of all charges?

Eyewitness testimony claims Oswald did not watch the president’s motorcade, let alone shoot at it, that fateful day in Dallas. He was seen in the Texas School Book Depository lunchroom before AND after the shooting and appeared calm and collected. But when he did finally leave the TSDB after the president was shot- the only employee to do so- why did he collect an automatic pistol he owned at his rented room and make his way to a Dallas movie theater where he was ultimately arrested and charged with shooting a Dallas Police Officer, J.D. Tippett? What were his plans? Why did he not stay at home if he was not involved in the assassination of the president? Why was he rambling about town with a gun in his possession? Did he shoot PO J.D.Tippet? And, if so, why? Later in the Dallas Police Department he looks composed albeit apprehensive and anxious. But is he an innocent caught up in the whirlwind of the crime of the century, the ultimate being in the “wrong place at the wrong time”? Or is he a cool, calculating killer? The evidence suggests he was involved in something, but what exactly?

What is the path of Oswald’s Carcano carbine rifle from mail order purchase to TSBD building sniper’s nest? How did the gun get there? Apparently in a package described by Oswald himself as containing curtain rod packages. What is the ballistics and forensics evidence linking Oswald to this rifle? Order form, palm print and fiber analysis, ballistics? Was it ever confirmed as the rifle used to shoot President Kennedy? Apparently, yes.

And what is the history behind Oswald’s automatic pistol? When did he obtain that? A separate mail order, apparently. Was it ever confirmed as the pistol used to kill DPO Tippett? Apparently Oswald’s gun was fully loaded still (with 6 bullets?) and had not been fired that day. And Tippet was apparently shot with a revolver and not an automatic.

Whoever shot President Kennedy knew the motorcade route would pass around Dealey Plaza, below the TSDB and in front of the Grassy Knoll. The route was only made public in local newspapers on NOV 18. Prior to that the Secret Service agents-in-charge of Dallas operations had been informed of the proposed Dallas visit by the White House on NOV 4 and began making motorcade plans on NOV 8. The motorcade route was put together primarily by secret service agent Forrest Sorrells and ________ Lawson and included two slow turns from Main Street onto Houston Street and then onto Elm Street below the TSBD. Why did the secret service plan such a route which in hindsight was so obviously dangerous? After all the route presented the shooter or shooters of JFK with a made-to-order shooting gallery. Oswald would certainly have thought so.

Agent Sorell’s justification for the Houston-Elm street path was that only that route would give the motorcade access directly to the freeway which led to the Dallas Trade Mart where JFK was scheduled to speak on NOV 22. Apparently there was no access to the freeway from Main Street in November 1963, access that would have placed Kennedy outside the scope of any shooter in the TSBD building, Grassy Knoll or any other sniper’s nest overlooking the Elm Street side of Dealey Plaza. Oswald would not have been able to shoot Kennedy from the TSBD if the secret service had chosen to keep the presidential motorcade on Main Street.

If Oswald alone shot JFK without any outside assistance or direction he made his final plans after NOV 18 when the motorcade route was published and he learned the president was to pass (providentially) below where he had been working since OCT 15. If he was involved in a conspiracy involving the secret service or other government agency his plans could have been made after NOV 4 when Kennedy decided to go to Dallas. And if someone other that Oswald was a shooter in the TSDB and/or from other sites he too could only have made his plans in the same way. If there were other shooters above the Grassy Knoll or in other buildings around Dealey Plaza they could only have made their plans independently after NOV 18 or together with the secret service or another government agency after NOV 4.

If Oswald was innocent of shooting the president because he was having his lunch in the 3rd floor lunchroom at the time could he also have been unaware of someone else shooting the president from the 6th floor of the building where he worked? However weak the evidence is it implicates Oswald as the only shooter of JFK. Either he did it or-and he may have known this- he was set up to take the fall for someone who did do it.

What was Oswald’s involvement in the assassination of JFK (and Dallas PO J.D. Tippett)? Was he THE shooter, A shooter, a Patsy who helped plan the assassination but then “sat it out” and was set up, or a complete Innocent (someone in just the wrong place at the wrong time)? The evidence suggests Oswald was certainly A shooter and, more than likely, THE (only) shooter. He was in the building from which the president was shot at the time of the crime. The murder weapon found at the scene of the crime was his own rifle. A partial (if suspicious) palm print on the murder weapon was identified as his. Then after the killing of the president he fled the TSBD without permission, returned home to obtain a pistol, perhaps killed a Dallas police officer with this pistol, and was finally arrested hiding (from what?) in a Dallas movie theater.

Any evidence there were any shooters of President John F Kennedy other than Lee Harvey Oswald from the TSBD on NOV 22, 1963 is circumstantial at best. There is no evidence that there was a conspiracy to kill the president. On the other hand it is arguable that Oswald alone had the means, the motive and the opportunity to commit the crime. The only other possibility is that he truly was what he claimed to be in the Dallas PD, a Patsy, who was involved in a conspiracy to kill the president and was set up to take the fall for the true assassin or assassins. I truly wish I could convince myself of the truth of one of these possibilities. And I wish I could resolve other questions about possible shots from the grassy knoll, the direction of Kennedy’s head shot, the magic bullet theory and J.D. Tippet’s murder amongst other things. But I cannot. I lean towards the theory of Oswald as a lone shooter, but I have my doubts still.